There aren’t enough derogatory words in the English language to describe my feelings about Donald Trump. For the moment, however, let it suffice to say that the poor man is afflicted with a severe case of narcissistic personality disorder. Experts on this condition say that Trump has no control over this affliction whatsoever, and — Heaven, help us all — there is no known cure. Oh, how I pity this poor wretch who has become the nation’s President-elect! And I shrink from contemplating the harm his personality disorder might inflict upon the people he’s about to lead.

But, what the heck! Let’s banish gloom and doom! Let’s look at the bright side! Every cloud has a silver lining, does it not? And I’ve found one — well, at least one for me. Congratulations are in order! See, I’m a political satirist. Now God in His Wisdom has given me Donald Trump to make fun of. I bow my head in gratitude. My cup runneth over.

Donald Trump is the biggest, fattest target for satire to come along since — well, who actually? I guess I’d have to say Benito Mussolini, the Italian Fascist dictator. I see The Donald and Il Duce as narcissistic soul brothers. They even look alike.

Both are shameless braggarts. At his 50th birthday party, Mussolini said, “I know I shouldn’t say this, but the truth is I’ve never met anybody who is more intelligent than me.” For his part, Trump claims that “my I.Q. is one of the highest on record.” (But he’s refused to release any I.Q. test score results.)

Now, I’m not at all reluctant to declare that Trump’s election is a profound calamity that has plunged me into the deepest despair. But, speaking in a purely professional sense, I can’t help thinking what great fun I’m going to have mocking this American would-be-Duce and all his minions! Frankly, I couldn’t be happier.

How I Once Saved the World (Almost)

Take heart, the world does get better, doesn’t it? If it didn’t we’d all still be huddling together in caves and surviving on nuts and berries, wouldn’t we? But how does the world actually change for the better?

Down through American history from the revolution on, the principal vehicle for constructive change has been grassroots social movements. (Some examples: the abolitionists, the suffragettes, the Progressives, the labor organizers, and the civil rights activists.)

So here’s my claim to fame: my role as an community organizer in the 1960s helping to create the environmental movement, which is proving to be one of the most powerful and important social movements in all human history. Frankly, looking back, I’m quite impressed with myself.

Small is More Beautiful Than Ever

Scale is a metaphysical concept, a fundamental value that underlies everything. Usually, however, people don’t think much about scale. They want their endeavor to grow, to get bigger, and as fast as possible. Their attitude is: big is good; small is bad. Much harm comes from this attitude.

Small-scale has many intrinsic advantages. The smaller a thing is, the more comprehensible it is, the more responsive, and the more accountable. If humans wish to guide their endeavors — to control them — they should keep them small. And if “man is the measure of all things,” as the Greeks taught, then small matters all the more. “Man is small,” declared E.F. Schumacher, “therefore small is beautiful.”

Politics may be a dead end when it comes to addressing the planetary ecological crisis, but entrepreneurship is open-ended. In this crisis swarms of entrepreneurs have seen opportunities and they are rushing to exploit them, in the process creating many new green technological innovations.

In the final analysis, these victories in the marketplace may well count for more than victories in the halls of Congress. And here’s the icing on the cake: ultimately the force of new and growing green businesses will form a powerful constituency that restores balance and health to American politics.

How to Combat Climate Change without even trying 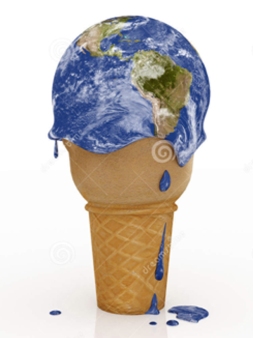 Byron is a climate change activist.  His next book, due out shortly, will be entitled: You Can’t Fool Mother Nature

Of what use is laughter when the subjects under discussion are the warming of the globe, the collapse of ocean ecosystems, and the deforestation of subcontinents?

I believe that satire is a weapon sharp as any dagger… 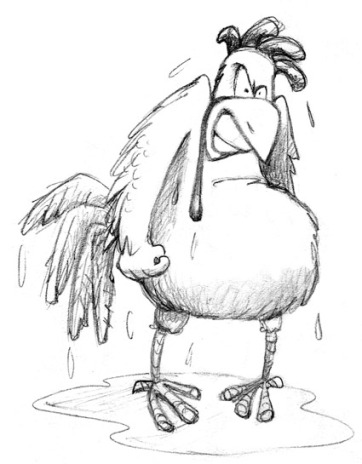 I hope you won’t think me waspish or crabby, but I’m mad as a wet hen.  In fact, I may go ape.  Why, I’ve just read — with wall-eyed astonishment — the prediction of the global 2000 study that hundreds of thousands of animal species could be extinguished in the next 20 years.

Berlin’s observation about Burke characterizes the idea that lies at the heart of my thinking. It is my belief that the best way to address the planetary ecological crisis is the pursuit of radical ecological ideas through conservative methods (it’s all in my next book).

Thanks to Joe Handy for helping me create this website, our second one together.  When he’s not helping me solve the world’s problems, or those on my computer, Joe rents out the cutest Venice Beach Cottage along the coast in LA.